A recent report titled “Mobile and Alternative Payments in Mexico” argues that Mexico’s mobile payments industry is on the verge of some significant growth, though uncertainty on the legislative front, as well as cultural and economic challenges, suggest a cautionary view has merit. 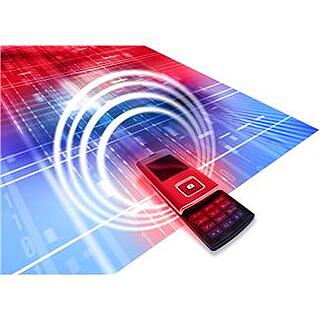 The report, from market research firm Packaged Facts, is impressive in its thoroughness. Important findings include the leadership role of Telcel, which is owned by América Móvil, and the fact that all of Mexico’s major banks have ambitious initiatives in place to enable smartphone access.

As a result, Mexico’s banking system could transform itself in short order. The big reason is the penetration of smartphones into consumers’ hands. The report says that the financial system is moving to transform how remittances and branch banking are handled, and that mobile technology has the ability to address regional and demographic disparities.

Remote areas of the country and the poor – both rural and urban – are unlikely to benefit from this banking revolution any time soon. Another closely linked phenomenon is Mexico’s cash culture. In a country where cash is king, mobile banking may take a little longer to catch on. It will happen, but it will take time, aided by programs targeted at underserved communities like MiFon, a rural telephone banking initiative done in partnership with Banorte.

Of concern is that if mobile banking is geared to those who are already in a position to pay, it won’t transform Mexican society – it will merely entrench the advantages that already exist. To make telecommunications services more cost-effective throughout the country will require telecom reform.

It’s started, with President Enrique Peña Nieto seeking the cooperation of opposition parties in Congress in order to break up monopolies, most notably those controlled by Carlos Slim, the richest man in the world.  Slim’s America Movil, which acts as a telecom parent company, now has 70% of Mexico’s mobile market. It’s good money: last year America Movil reported revenue of $16 billion.

The telecom bill, if passed, will give the Mexican government the authority to break up any company with over 50% market share. One way to do that without being too aggressive would be to force the dominant players to provide network access to competitors. That, however, can then become a complicated game, with regulators – in this case the newly-minted Federal Institute of Telecommunications – and companies squabbling over what to charge. The risk is that the Institute, which will be made up of seven existing regulators, will then become bureaucratic and politicized.

But it is still a welcome change. The OECD has reported that America Movil charges some of the highest fees in the world, including in Brazil and Colombia, where it is also dominant. For his part, Slim denies his practices are monopolistic while also saying he welcomes the changes, including a plan to remove all caps on foreign investment in telecommunications.

The changes in Mexico’s telecommunications’ landscape reflect the pragmatic side of President Enrique Peña Nieto and the ruling PRI (Partido Revolucionario Institucional). Peña Nieto has been described as a man without ideology, only goals. If so, the goal of opening up telecom to empower more Mexicans, and of making disruptive technologies like mobile payments more accessible, seems noble enough. Only time will tell if this trend will benefit the millions of Mexicans still living on the other side of the digital divide.