The decision to engage in ITO is complex and multi-layered. There are many pros and cons to consider, and no two organizations will have the exact same set of circumstances to examine. 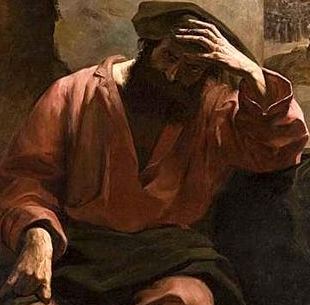 However, according to a recent survey from cloud infrastructure/hosted IT services provider Savvis, three in five IT and business decision makers agree that owning and operating in-house IT infrastructure drives costs higher and wastes resources. In addition, more than half of all organizations admit to having IT equipment they now regret purchasing, with this attitude highest among US respondents (66%).

Despite the prevalence of the belief that in-house IT ownership inspires waste or is even regrettable, 56% of surveyed IT executives keep most of their infrastructure in-house and 42% of organizations that do not currently outsource all of their IT are most likely to name contractual obligations as the main reason for not outsourcing. For those who do engage in ITO, the need for increased agility is leading half or more of the decision makers in the US, Japan and the UK to boost the amount of infrastructure they outsource.

Is Your In-house IT Investment ‘Regrettable’?
CIOs considering outsourcing some or all of their in-house IT assets and operations need to first ask themselves, “Is my in-house IT regrettable?” Here are a few signs you may have made some IT decisions you wouldn’t repeat now that you are older and wiser:

Multiple Systems Do the Same Thing – Redundancy is a sure sign that an IT department is running at less than full efficiency and effectiveness. While eliminating redundant systems is an obvious answer, sometimes figuring out which system is performing a given task or set of tasks best is difficult, and redundancy can also mean different parts of a task better suited to a single application are performed by different applications. Outsourcing tasks performed with redundant systems and/or processes to an ITO provider that can cleanly execute them can often be the fastest and most satisfactory answer.

Lack of Agility – We all know that IT is evolving at a faster pace than ever, and keeping up requires an agile infrastructure (see above) that allows effective periodic upgrades without having to rip entire systems out and replace them wholesale. If your infrastructure is not agile, definitely investigate outsourcing as a way to cost-effectively obtain the flexibility you need to stay current with the latest developments in IT.

Dealing with Contracts
Survey results show that many CIOs would like to engage in ITO relationships, but are scared off by contractual obligations. While ITO contract negotiation is a tricky process, there are many third-party consultants that can help guide you through it. In addition, keep in mind that today your ITO destination options are far more varied than India, China and the Philippines. Eastern Europe, Latin America, Southeast Asia and South Africa are all emerging as viable ITO destinations, to name a few regions. Take a truly global perspective when researching potential ITO providers and your odds of finding a favorable contract will grow immensely.