Things are finally all coming together for Mexico's IT services industry in 2013. Mexico has had a successful ITO industry for more than a decade, but it has long been overshadowed by the much larger BPO sector. It hasn't happened overnight, but real concrete steps to address major  stumbling blocks to expansion have been taken in the last few years, and Mexico's IT sourcing industry is clearly gathering steam in 2013. 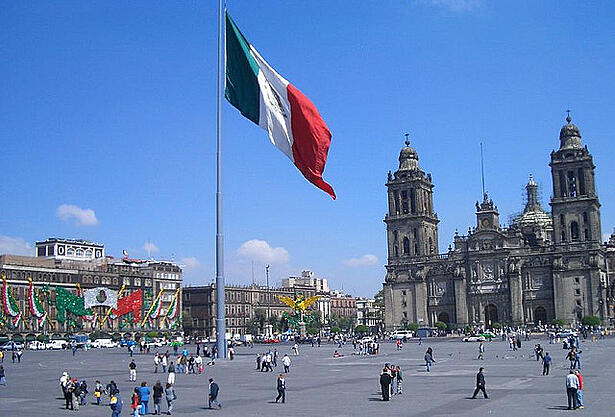 You might think the evolution from a medium-sized player in enterprise and industrial software to a games, mobile apps and animation development powerhouse might take a decade or two, but it seems to be happening in Mexico at light speed. The gaming sector is leading the charge, growing at double-digit annual rates, but strong growth in several other sectors is also contributing to the rapid maturation of Mexico's IT services industry.

Mexico's IT labor pool of 600,000-650,000 dwarfs second place Brazil's IT workforce of around a quarter million. More important is the fact that Mexico now produces upwards of  65,000 IT professionals every year, almost as many as in all of third-place Argentina. The many public and private sector technical education initiatives put in place over the last decade are paying dividends today, as the labor bottleneck that had been slowing the growth of the ITO industry is clearly improving.

Mexico was hit hard by the 2008-2009 financial crisis, especially in terms of foreign direct investment. The perception of violence related to activities by the drug cartels has also had a negative impact on FDI in Mexico, with the net result of a 35% drop in FDI from 2011 to 2012, and a total of just over $12 billion. That figure is the smallest FDI number for Mexico in nearly 20 years, and drops the country to 5th place in Latin America.

Mexican President Pena Nieto had promised to make increasing FDI a priority in his new administration, and at first blush it seems he is enjoying significant success. Mexico pulled in more than $5 billion in FDI in the first quarter of 2013, and unofficial sources say that strong second and third quarter FDI numbers are anticipated. President Pena Nieto has apparently gotten wind of the good news as he announced on July 1 that Mexico's FDI would be in the range of $35-40 billion in 2013.

While the lion's share of this 2013 FDI bonanza is almost certainly  going to the manufacturing industry, at least a several billion dollar slice of the pie will be investments to fuel the growth of the Mexican IT and ITO industries.

A good bit of the growing success of Mexico's IT services industry is due to intangible factors such as its proximity to the U.S. and strategic decision-making in developing the market. “Mexico has made important advances,”  Javier Allard, president of the Mexican IT industry trade group AMITI points out. “But we don’t want to compete with India, China or the Philippines. There are many niches.”

Mexico's ICT sector has also been the beneficiary of the global trend toward diversification by large multinationals. Good management means not putting all your eggs in one basket, and given increasing labor costs in traditional IT service hubs like India and China, CIOs and CTOs have discovered that Mexico is a good place to diversify.