If No Apocalypse, A Good Time for IT Services Buyers 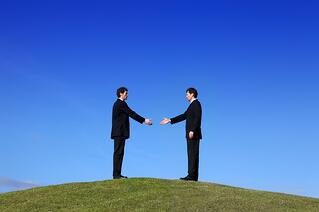 It's easy to occasionally drift into apocalyptic thoughts these days when there have been guys like this setting a date for The Rapture and some interpreters of a calendar from pre-Colombian Mesoamerica warning of worldwide catastrophe. But it won't be that kind of year in the world of IT services and BPO. No cataclysms. Even sluggish, some have said.

But still there will be certain pressures building up and rumbling underground, kind of like that thing in Tremors. The biggest will be the world economy, or more specifically, reaction to it. At a recent presentation by Everest Group analysts about the global services market, they must've used the phrase "uncertain macro-economics" a hundred times when talking about the disruptions ahead. Katrina Menzigian, VP of research relations, referred to the macro-economic situation as "a market player."

Few people like uncertain economics lurking about, but it's going to work out for IT buyers. For IT providers, it's going to mean rumbling and gnawing pressures. With expectations of flat revenue "setting the tone," providers will have to compete aggressively, Everest research director Rajat Juneja said. Pricing strategies will change. And even though many experts on the global services scene are saying prices will remain stable, Juneja thinks "buyers will push them to lower prices." With some industries seeing their margins down to razor thin, businesses are under the gun to trim their costs, including the cost of outsourcing. In a time of smaller outsourcing deals, providers might have to react to that buyer push in the buyer's favor.

There will be even more pressure on providers if IT outsourcing budgets are clipped. Abhishek Singh, Everest senior resarch analyst, says expect this to have the biggest impact on smaller providers. Expect vendor consolidation, more growth for larger providers, and more disparity between large and small providers.

"The macro scenario induces despondency," Singh said, "but next-generation IT is causing some excitement."

Next-generation expectations, though, put more pressure on providers. Clients are expecting their IT suppliers to deliver innovation, and their BPO providers to create end-to-end solutions tailored to their specific industry. They're looking for specialized knowledge and niche expertise. Providers will have to adapt to win and keep clients.

For buyers, they have the luxury of playing the hand they've been dealt, as Everest puts it. "In an uncertain environment, there are opportunities for buyers to benefit," Menzigian said. "A lot depends on how you [the buyer] manage your global services portfolio."

For providers, they are in "a better position than ever to deliver business value," she said.

But for buyers, "the marketplace is at a point where it's interested in what you have to say, and giving you what you need."

That adds up to sound to me like: advantage – buyer.

So, that's one way to think about the near, non-catastrophic future: Buyers are going to be in a much better situation than Mad Max, who in his post-apocalyptic world had to give in to the demands of the  people at the refinery village (providers) who had the services (gasoline) he needed to be competitive (stay alive). But in this world, buyers will just be able to get the gas they need and keep on driving and hope they don't run into any of those gangs of scavengers.