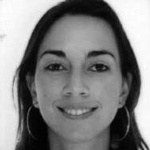 Developing initiatives for smart cities is in many respects similar to building a successful sports team. Consider: a Smart City initiative comprises a wide range of intelligent devices and assets. These can include sensors that monitor building temperatures and air pollution levels and alert police when a crime occurs, as well as tools that automatically adjust traffic signals to re-route vehicles to avoid congested areas and accidents. These intelligent devices have sophisticated data collection and analysis capabilities, and can be compared to top-notch athletes with impressive skills.

But as any sports fan knows, having a collection of talented individuals does not guarantee success – it takes a team to win. Similarly, a Smart City initiative requires seamless integration so that myriad intelligent devices connect and communicate across multiple channels into a “system of systems.” For example, a single sensor that monitors street traffic in a city block must share data with police and fire departments, as well as continually feed data into a citywide traffic system that analyzes and regulates traffic flows. If any single player slips up, the team falls short.

Building teamwork requires “coaching” in the form of a realistic and sustainable integration and governance strategy. Key elements include involvement of key stakeholders (and for a major city, that’s saying a lot!), ongoing research and innovation and accommodation of local economic requirements.

Part of the team-building process involves finding a place to play.  A Smart City “stadium” is the Internet of Things (IoT) platform that hosts the various interconnected devices from multiple urban entities that comprise a solution.  Smart City planners who are in the process of assembling a team have several options when it comes to choosing a stadium. One is to buy an IoT platform such as IBM’s Watson, GE’s Predix or Microsoft’s Azure. The advantage of this approach is that the solution is ready-made. Alternatively, some cities, such as Eindhoven in the Netherlands, have made flexibility a priority and have chosen to build their own platform stadium to avoid lock-in with a single solution. Other cities, meanwhile, are looking at open source platforms that enhance connectivity between intelligent devices and systems with different protocols and standards.

For more on this topic, download our recent white paper on Smart City initiatives.