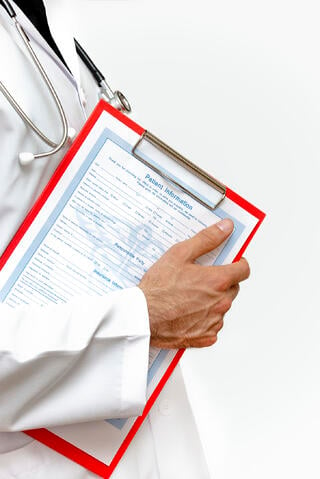 The United States healthcare industry is in the midst of a long slog toward implementing a new set of codes known as ICD-10. The slog is going more slowly than the experts expected, and already the deadline for hospitals and others to comply has been extended indefinitely because it became clear they were never going to meet that date of October 2013. (For a fast-paced country, things move very slowly in the USA.)

Some observers have called this transition the new Y2K. And just like Y2K, ICD-10 could be big business for outsourcing companies.

For all you normal people who don't follow this sort of thing, ICD-10 is the new version of the World Health Organization's International Classification of Disease. The 155,000 codes in this massive compendium are used on everything from hospital records to insurance claims to death certificates.

The conversion is a matter of "skill and scale," says PwC partner Mark Williams. As he recently told Healthcare Finance News, there are certain pieces of ICD-10 conversion it would be smart to outsource for healthcare plans and providers lacking the necessary talent.

Training is one big example. Not just training workers how to use the codes but training the organization on the impact of the new system. Corporations don't always have the right people to do this. "Training is a prime outsource function," he says.

He also advocates outsourcing "corporate readiness." An outside set of eyes to analyze the situation often delivers a more realistic assessment than what you'd get internally, he says.

Financial modeling, a big part of the transition, can also be effectively outsourced. Insurance plans, for example, are trying to assess what it all will mean in terms of how much they pay out. "The approach and method you have to follow on financial modeling isn't necessarily typical of what organizations do on a day-to-day basis," Williams says. So, bring in the outside experts.

Do not, however, outsource monitoring and compliance. That's the sort of crucial aspect that businesses "have to own" themselves, he says.

Already India outsourcing firms are jumping into ICD-10. A Wipro executive told India Times that the company has set up a separate practice around ICD-10. "We have developed some solutions and accelerators focused on this segment. We are also hiring domain experts to ramp up this team," he said.

Are nearshore companies looking to tap into the massive ICD-10 migration as well? If Indian firms like Wipro can offer ICD-10 consulting, why not a company in Mexico or Brazil or Costa Rica? It's going to be a multibillion-dollar industry, according to analysts like the Rand Corporation. But I haven't yet seen any nearshore providers on the ICD-10 radar. Why not, and what are they waiting for?