Based on the results of yesterday’s national election in Greece, where political parties in favor 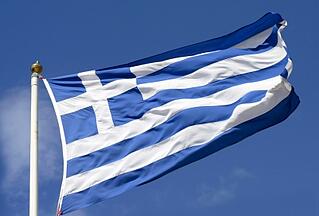 of accepting European Union (EU) austerity measures defeated a socialist party that advocated exiting the EU and abandoning the euro currency unit, it appears that at least for now, Greece will remain an EU member and keep using the euro.

As I wrote two weeks ago, a vote in favor of exiting the EU could have plunged Greece into a severe recession with a possible side effect of a low-cost offshore BPO market emerging there.

Austerity May Produce Low-Cost BPO
Even though Greece will most likely remain in the EU for the indefinite future, the economic situation in Greece and other EU nations including Spain and Portgual could still produce a new breed of low-cost offshore BPO providers located in developed European nations. As reported by the New York Times, the Greek government is still expected to run out of money soon and will have to accept drastic restructuring of its economy in order to satisfy other EU members. These measures would likely include significant cuts to Greece’s traditionally high social services spending. Greece may also be required to raise its official retirement age, which was 58 in 2011.

Looking ahead, a country with a low retirement age and high social spending, whose unemployment rate was a reported 22% in March 2012, will probably ask its citizens to work as many as nine additional years (the retirement age in some other EU nations, such as Germany, is as high as 67) and receive fewer government benefits. Clearly the existing job market will not support this situation and the Greek economy will not likely improve as a result.

In addition, it is unlikely domestic demand for goods and services will suddenly surge in this scenario. But considering the overall health of the global outsourcing market, and an obvious interest in low-cost services, the availability of an educated, industrialized workforce in a country in desperate need of an economic boost certainly could spur the development of a new offshore BPO industry that would directly compete with nearshore providers.

The Future's Uncertain, But The End Doesn't Have to Be Near
And Greece isn’t the only EU nation facing harsh austerity measures. As reported by Bloomberg, Spain is seeking a $127 billion EU bailout that will most likely involve serious budget cuts and reductions in social services. Portugal, Italy and France may also all have to undergo belt-tightening measures to stay in the EU that at least in the short term will cause economic hardship.

So even with the EU apparently remaining intact, the threat of new European-based low-cost outsourcing services providing stiff competition to nearshore providers still remains. The nearshore competitive prescription of continuing to offer quality service, reasonable rates, support from governments and educational institutions, and general convenience and reliability remains, as well.

Given the extreme political, social and economic fluctuations of today’s world, the global outsourcing market will be suspectible to sudden and dramatic changes and upheaveals for the forseeable future. Nearshore outsourcing providers cannot dictate how world events affect their competitive landscape, but they can dictate their response.