In another major step in his consolidation efforts, General Motors CIO Randy Mott announced on Oct.18th that GM has reached an agreement with HP to transfer 3000 IT-related employees to GM. HP has been a major outsourcing partner with GM since HP bought out EDT in 2008, but analysts have been expecting a move along these lines since GM announced its intentions to change directions and insource more of its IT operations a couple of months ago.

This is probably just another step in the process for Mott, who has said he plans to reduce GM's data centers from 23 to two in the next few years, but expects to add up to 10,000 GM employees in the process. GM is also in the process of seeking employees as it ramps up its new IT 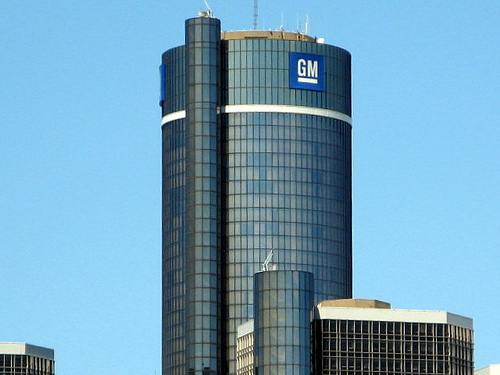 innovation centers in Austin, Texas and Warren, Michigan. All 3000 new employees will be based in the U.S., and all will be working to support existing GM operations as they transition into their new jobs in the next six months. In the conference call announcing the move, Mott reiterated the ultimate goal of this reorganization is greater innovation in both product lines and business operations.

While this is certainly not good news for HP, it is not as bad as it sounds either. The two companies signed a new contract, a deal that certainly took several months to negotiate. HP did have some leverage over GM, given existing contracts and their current lack of IT expertise. But HP was wise enough not to bite the hand that feeds it, and they worked out the best deal they could under the circumstances.

The exact number of HP employees that were working under the old GM contract is not public information, but it was certainly much greater than 3000, and it was mentioned in the press conference that HP will still be providing significant outsourcing services to GM under the new contract. GM also agreed to use all HP software in their new expanded operations. This includes HP’s IT Performance Suite comprising networking, operating and monitoring software, and HP's Enterprise Security Suite, as well as the data analytics software in their Vertica and Autonomy Software products.

A number of analysts caution, however, that GM’s move to bring a good bit of its IT back in house should not be seen as a sea change in the IT outsourcing industry, or even as a real trend. The reality is it is just GM making a strategic move to get their house back in order.

According to Gartner’s Frances Karamouzis, major multinationals tend to outsource around 30 to 65 percent of their IT needs, and GM was outsourcing a solid 90% of their IT when Mott took over. Karamouzis argues that this move to insource a significant amount of IT services again was really not surprising and is a wise move on GM’s part.

It boils down to the fact that big businesses need to maintain a certain level of expertise in all areas of IT so that they do not become dependent on their outsourcing providers. GM was close to violating this cardinal rule, and moving back from this lacking the necessary expertise danger zone was Mott’s number one priority from his first day on the job.

GE undertook a similar, although somewhat smaller scale, IT insourcing move back in 2009, and it has worked out very well for them.  Josh Linkner, CEO and managing partner of Detroit Venture Partners LLC, who applauded GE’s decision at the time, is also enthusiastic about GM’s decision to bring critical IT functions back in house.

“If you're a hired gun, your job is to not screw up. If you're part of a team, you're more likely to take risks and be creative," he said. "Unleashing creativity is a leader's top job, and you don't unleash it by having people coming in and punching a clock to work on a project.”