Technology research firm Gartner reports that global outsourcing growth will be constrained in 2013, but that it will still hit an impressive US$288 billion, with the bright spots being in Asia-Pacific, China, and Latin America – all of which are expected to clock in at around 13% growth for 2013-2014. 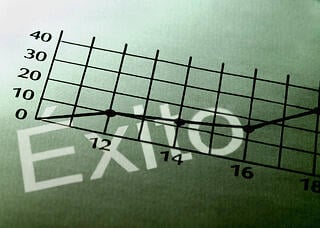 That profile compares favorably to the United States, which is expected to grow only 2.8% in US dollar terms (5.1% in constant currency). Growth will be similarly tempered in Western Europe and Japan.

Specific to Latin America, increased expansion by multinationals will result in a more robust purchasing market for IT Outsourcing (ITO), with ITO buyers leveraging positive economic conditions. Gartner sees custom application outsourcing and infrastructure utility services as a bright spot for 2014, though it should be noted that software-as-a-service (SaaS) is specifically excluded from this research.

But even in a relatively high growth region like Latin America, IT budgets will remain tight, with buyers being cost-focussed. The advantage then lies with those providers who can evolve their delivery models within the context of changing economic conditions. To that end, hybrid IT strategies will become more common for larger enterprise buyers. Interestingly, though Gartner found that, overall, desktop outsourcing was in a gradual decline, it was still in growth mode in Latin America, as well as Asia Pacific and China.

In growth regions like Latin America, one of the exciting areas for outsourcers will be the increased opportunity presented by the small and midsize business buyers adopting infrastructure as a service (IaaS). Gartner sees these this as central to cloud and datacenter service growth. The flip side is that, as a result of the popularity of IaaS and infrastructure utility services, the global market size for datacenter outsourcing is actually experiencing a gradual decline.

One area of interest is the effect of the bring-your-own-device (BYOD) phenomenon on outsourcing. Because this trend results in fewer business support requirements, it will actually temper the outlook for end-user outsourcing, though Gartner still sees “strong growth through to 2017, fueled by growing business adoption of mobile devices”.

For those nearshore service providers in Latin America and the Caribbean with an eye on buyers in the United States, Gartner sees a US-based purchaser transition to annuity-managed service relationships “for cost takeout and more predictability in IT costs”. That should secure regional ITO growth through to 2016. With US enterprises constrained by austerity initiatives that hinder large capital purchases, there is expected to be ongoing interest in “asset-light IT strategies” – something that nearshore service providers can deliver.

Interestingly, as outsourcers get better at delivering flexible technology and business models to serve their clients, so too does the industry then become more responsive to economic cycles. As contracts become more sophisticated in response to volume fluctuations, so too are they affected – on both the upside and the downside – with shifts in business activity. Nonetheless, the overall trend favors outsourcers, with Gartner anticipating that clients will continue to “seek to reduce the nearly two-thirds of IT budgets devoted to operations, while shifting the expense from capital expenditure to operating expenditure through the consumption of ITO service lines."

Gartner also noted that exchange rates complicate growth forecasts. The research firm forecasts in local currencies, but then reports in US dollars. This can result in distortions, particularly in those Latin American countries that are skirting full-blown currency crises, such as Argentina and Venezuela. However, for the two big players – Mexico and Brazil – as well as for dynamic economies that have geared monetary policy to stabilize their currencies and inflation (such as Chile and Colombia, the two countries with the lowest inflation rates in Latin America) it is easier to come up with more reliable forecasts.