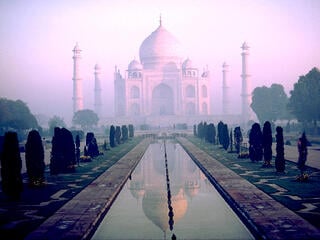 If the world of global IT outsourcing were a television comedy, the main character would be India. Latin America would be a minor character, who shows up once an episode and, since this is a TV sitcom, gets a few laughs by being stereotypically exotic compared to India's stereotypically buttoned-up. Other characters facetiously refer to him as "El Nearshore."

Due to a devoted fanbase, Latin America gets a spinoff, but it can't compete with India, which is on every night. India kills in the ratings. Everyone loves India.

This scenario is loosely inspired by the results of a recent study by the Offshoring Research Network and the Center for International Business Education and Research (CIBER) at Duke University. The study's conclusion: U.S. companies prefer outsourcing to farshore providers rather than nearshore. According to the Outsourcing Center's summary of the study: the ORN "found that a whopping 76 percent of offshored IT infrastructure operations are located at least nine time zones away versus 70 percent in 2000, while 70 percent of offshored application development/maintenance work is undertaken in similarly faraway geographies versus 66 percent in 2009."

Furthermore: 43% of IT, ADM, and innovation services are located in India.

The study did find that sourcing to Latin America grew slightly in the past couple years, with noted increases in finance & accounting and application development and maintenance.

But India, Philippines, Eastern Europe, and China is where most of the action is. Clients are likely to stay there for several reasons: They've figured out how to make it work and are comfortable there. They've got proven processes in place. They've got relationships. And Latin America is not yet seen as mature or big enough.

Plus, change is not free. “Relocating to a nearshore location or back to the U.S. . . . requires planning, management effort, possible disruption to operations [and other] transition costs,” says CIBER director Arie Lewin.

There are other things steering decisions about where to locate services. The ORN found that nearly 70% of companies said their larger global strategy and growth plans affected where they outsourced. Access to new markets is important, which is going play more to Latin America's advantage in the next few years.

The study also confirmed that U.S. companies are outsourcing more higher-end functions. Of all the IT infrastructure, application, and innovation services being offshored, nearly half involve “creating new capabilities or competitive advantage." Nearshore IT services companies have demonstrated to clients they can deliver these kinds of results, but it's not clear that message is getting out to most potential U.S. clients. This is one place where Nearshore IT companies ought to take advantage. The opportunity in mobile apps is so obvious, but less glamorous things like IT security and business intelligence are in high demand.

As current contracts with India wind down over the next few years, ambitious Latin American IT providers will have a chance to grab the attention of U.S. businesses. U.S. businesses aren't big embracers of change, so many will probably keep on doing what they've been doing. But some will be in the mood to listen. Their relationship in India might have run its course, or gotten too expensive. They might want a partner that's more agile, has a new way of looking at things.

The region has work to do. As Robert L. Scheier pointed out in his post about the ORN study at Global Delivery Report:

The onus is thus on Nearshore governments to provide the appropriate training to their populations and to keep providing hopefully smart incentives to foreign as well as local start-ups. Just as important, Nearshore-based service providers must keep moving up the value chain and differentiating themselves from their hungry Asian competitors. The current differentiators of location, language and cultural affinity will only go so far…

Meanwhile, keep in mind that it took the Jefferson family many years of hard work and sacrifice before they got to move on up.