Every business is a digital business

All of a sudden every company is becoming a technology company. No matter what industry you participate in, I’ll bet that it is being transformed by information technology.

It’s easy to resort to the usual examples of online banking or the travel industry suffering from a major transformation, and we will be spot-on. But think of less obvious examples, like arts and crafts. Hoboken, NJ, the town where I’ve lived for the past 10 years, holds its Arts & Crafts festival twice a year, in the spring and fall seasons. It is a street fair, where locals sell their crafts. It is hard to pass two or three stands without seeing craft sellers using their iPad or smartphone taking credit card payments via  Square , and showcasing their websites or their Etsy.com shops.

Look at the taxi industry and how it is being transformed by GPS technology, mobile communication, hybrid automobile technology and now the fast rise of  Uber , an app that connects drivers and riders in 35 cities in the world, including San Francisco, NYC and, most recently, Mexico City.

The Brazilian science and technology ministry just launched an initiative to domestically produce  cattle-tracking RFID chips, to monitor the health of the cows and ensure the safety of its products. Brazil is one of the largest producers of beef and dairy products in the world, with a cattle population of 200 million cows at any given time. It is not a coincidence that the government is using these assets to boost their domestic semi-conductor industry. Who would have thought that cows could boost a nation’s ability to produce micro-chips and increase their relevance in the digital economy?

Whale Spotter is an app that seeks to protect marine life, particularly whales that are hit by commercial ships off the coast of California. It uses crowd-sourcing to gather data collected by sailors, fishermen and marine scientists who spot whales, and then plot their location on an interactive map, which is then relayed to commercial ships. 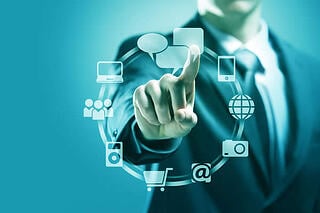 A recently released  statement by The Wall Street Journal reads: “Technology is the central driver of economic growth and the Journal is committed to being the indispensable global source of news and information in this critical area. We plan to embark on a major global expansion of our technology coverage, which will include adding 20 reviewers, bloggers, visual journalists, editors, and reporters covering digital.” That is a bold statement from a media powerhouse to doubt the relevance of technology as an engine for growth of the global economy.

Software, in particular, is being embedded in every aspect of our lives. This summer’s top two blockbuster movies were software creations: Despicable Me 2 and Monsters University. Smartphones and software are displacing devices and services left and right: pocket cameras, maps, books, fax machines, newspapers, flashlights, TV sets, credit cards, alarm clocks…the phone itself is an app. High-frequency trading is disrupting the securities market. Big data algorithms are helping energy companies to discover deep water oil fields and shale gas deposits. Whatsapp is eroding Telco’s profit margins by eliminating text messaging. Netflix destroyed the Blockbuster DVD rental model, and is disrupting the TV industry with its on-demand service. As Marc Andreessen eloquently explained in his 2011  essay , published by The Wall Street Journal: “Companies in every industry need to assume that a software revolution is coming”.  Two years later, we can confirm that the revolution is here.