This electricity sector strategy could save wallets and ecosystems 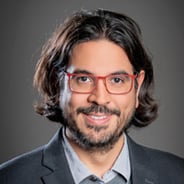 Electricity is a unique kind of commodity— although it is not perishable, it is (still) hard to store on a large scale. Electricity must be generated relatively close to where it is demanded and at the time it is demanded. Therefore, operators must constantly keep an eye on the use of electricity. When demand is high, operators will signal the generators to increase their output; if less, generators get the instruction to generate less electricity. Roughly, this is how the grid works.

The inflexibility of nuclear and coal power plants means they must carry a fairly large and constant load. This is often called the base load, defined as “the minimum amount of electric power delivered or required over a given period at a constant rate.” The rest of the power plants must scramble to fulfill the variation in demand by starting up, shutting down, increasing and decreasing their output power. 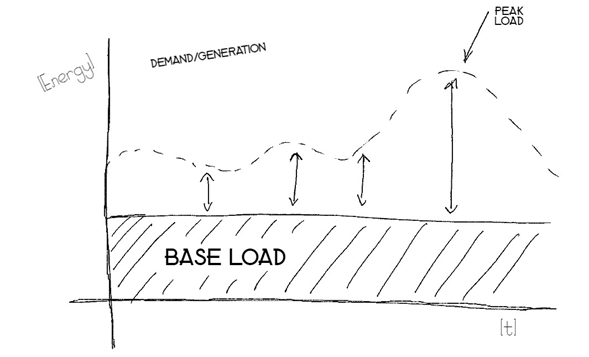 The way electricity markets work adds another layer of complexity. In a nutshell, the market operator receives buying and selling offers. The offers help them conclude how much energy will be available. The price of the energy is determined by the merit order, while the generator provides the operation costs (the price at which they are selling their electricity) and how much power they can provide in a period of time (15 minutes, 1 hour, a day) to the operator.

The operator finally gives dispatch orders to all the cheapest bidders that together total the amount of power needed for that period. In the graph below, Power Plants 1 through 4 will get paid the price that Power Plant 4 bid. Since the operator determined that the four cheapest power plants could provide sufficient energy, Power Plant 5 did not make the cut and was not dispatched (and will not get paid). 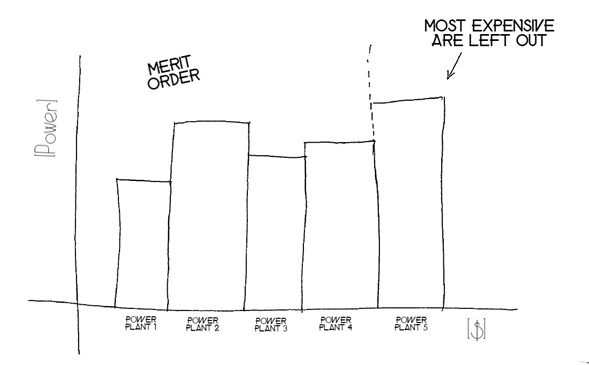 The challenge with renewables

Now let's consider renewables. These sources of electrical energy are:

Therefore, it’s not possible or there’s a big constraint to start-up at will.

These power plants normally get the first places (and make the most money) from the merit order since their operation costs are very low (no fuel and few personnel required) compared to conventional power plants. However, renewable energy sources aren’t an option to cover base load— the economic aspect forces the market to take in renewables while the non-dispatchability and the relatively low penetration of renewables limits its participation in the base load.

Finally, transportation and distribution infrastructure need to withhold the large amount of energy being moved at peak hours, even if it’s only for a fraction of the day. For example, a transmission power line may have a capacity of 1000 MW, but only reaches its total capacity during peak hours, meaning the rest of the time it's not being used at full capacity. If peak load didn’t exist, construction of transmission and distribution lines could be optimized, making for better use of the resources. This would be achieved by having smaller and cheaper transmission and distribution lines that meet the average demand (which is lower than the peak load). This would also contribute to grid stability, as the lines would be pushed less often to its limits, reducing frequency of failures.

We have some obvious constraints in the electricity market and grid operation:

For all these reasons, redundancy has been imperative to keeping the grid working. Having enough generation to cover for peak demand is still not enough. The system can’t afford to have an outage in a power plant; it would make the grid fail and potentially create massive blackouts. This is true for all steps (generation, transmission and distribution). At the end of the day, redundancy means bullet proofing the system and getting more investment.

What if we could distribute peak demand throughout the whole day, exploiting the available and cheap renewable energy whenever possible? Several solutions have been proposed in order to “move” the demand by storing energy in various ways: cold or hot storage rooms, batteries, compressed air, pumping water in dams, etc. It makes economic sense to think about projects of that nature, but unfortunately, current energy storage offerings are unremarkable in their efficiency and are often too expensive for large-scale adoption.

Time of use (TOU) tariffs are a way to incentivize the use of electricity at off-peak times (rather than trying to store it), achieved by making the electricity more expensive at peak hours and cheaper during off-peak hours. In the graph below, the most expensive tariff lies around the time the system operator expects the highest demand of electricity. This disincentivizes consumption at certain hours and might encourage it at lower demand periods. 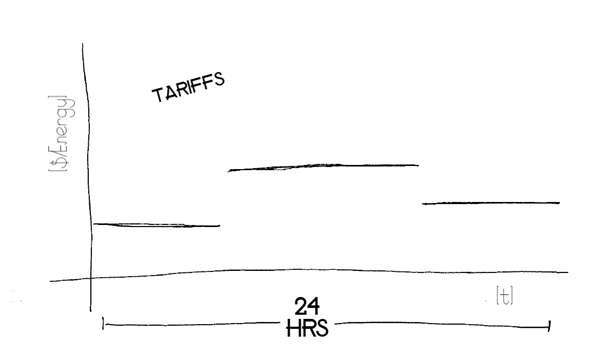 But what if we could further manipulate demand from the customer side?

Demand response is a strategy giving the consumer a choice regarding their electricity demand in exchange for better tariffs or other incentives. This can be achieved through real-time communication between generators, operators and users, and a certain degree of flexibility on the demand side. It may sound like TOU tariffs, but it’s not—it’s way more customized.

For example, suppose an operator detects a high output of solar and wind at a particular time. The customers then become informed of the available sustainable and cheap energy and consider starting appliances and operations that do not necessarily need to be running at all times, such as air conditioning, charging of electric vehicles, washing machines or dishwashers.

The opposite example may also be illustrative. Suppose the renewables output is low or there have been power plant outages, meaning the more expensive power plants are running. The demand side gets informed and might decide to shut down some operations and appliances in order to limit the impact of high electricity prices.

The importance of tech in demand response

In addition to the communication needed between generators, operators and users, automation and a deep understanding of demand-side processes are crucial.

It’s important to know the schedule and size of processes that cannot be interrupted. Cell towers, blast furnace operations, hospitals and other core operations often can’t afford to stop or even reduce the amount of energy they consume. Beyond the energy needs of core operations, the remaining energy use could arguably be modified.

The schedule of energy use must also be figured out. Having an idea of when cheap and expensive energy will be available, when energy intensive operations need to run, and a real-time status of the grid is important in order to make informed decisions.

Data for each of these aspects (core operations, demand-side intelligence, and energy use schedules) can be utilized by modern means. Big data and machine learning techniques can be used to turn the massive amounts of data generated into useful insights. Weather, electricity production, demand, market prices, and other data can be collected to build an algorithm that can help us make better decisions, keep the grid stable, maintain steady electricity prices, increase renewables integration and boost profitability across the industry. Artificial Intelligence (AI) and other types of information technology can then be used to predict changes in supply and demand in the electricity market by taking inputs from weather, historical data, etc. This would result in economic and environmental benefits for society.

blauLabs is part of DIEGO, Softtek's portfolio of frameworks, platforms and products designed to help organizations propel forward in a world where digital is the new normal