Don’t Blink, the Future is Now -- Eye-Control Systems for Tablets and Smartphones

A team of Danish companies are blazing a path toward commercial application of eye-control systems for mobile devices. The Eye Tribe and renowned toy manufacturer Lego Systems are teaming up together with Serious Games Interactive, the IT University of Copenhagen, and the Technical University of Denmark to develop the technology to control smartphones and tablets with eye movements. The team is undertaking a three year project dubbed “Eye Tracking for Mobile Devices” (funded with $4.4 million from the Danish government) with the goal of commercial development of eye-tracking systems for a wide variety of mobile devices. 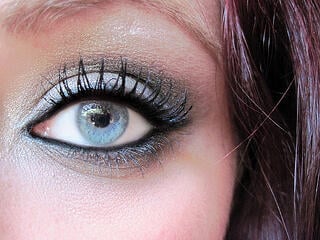 Image by The Snarky Princess.

Eye-tracking control systems for customized computer devices for the handicapped have been known for more than a decade, but eye-control systems for the mass market, and in particular, mobile devices, are just now coming off the drawing board. Devices to date have all been camera-based optical tracking systems, including this system, but The Eye Tribe’s technology adds an infrared light source to a scanning camera to enable extremely precise tracking.

This infrared-based technology has demonstrated great results to date, and the first commercial products are likely to hit the shelves within a year, by Christmas of 2013, likely including both eye-control smartphones and tablets.

This new eye-control system will allow you to scroll up or down Web pages, zoom in to see a location on a map more closely, or read email or even play games, all without touching the screen. The eye-control version of the popular game Fruit Ninja developed by The Eye Tribe makes it possible to slice the fruit flying by merely by looking at them.

The Eye Tribe’s CEO Sune Alstrup Johansen comments on the current status of the eye-control tablet device. "We have already done experiments on tablets and have a prototype to demonstrate that it works. Now we need to make the technology even more robust, and more tolerant to different scenarios including outdoor use.”

Longer range plans for the latter half of this three-year partnership include the development of smart glasses, where you can just look at an object to get more information about it. The Eye Tribe also has long-term plans for research into eye-control systems for automobiles.

Hurdles to Be Overcome

Even with a prototype in hand, a great deal of product development remains before commercial production can even be considered. The reliability of the hardware is always an issue with a new tech product; the mere functionality of the prototype must be improved to where it is robust enough to take the rough handling that is inevitable for mobile devices that consumers use every day.

Software development is also a key issue. A number of challenges remain to be overcome in this regard, including fine-tuning the eye-control systems in different light conditions and extensive software testing. If all goes well, beta testing of the first commercial devices could begin by mid-2013.

Sweden-based Tobii Technology is one of the leaders in the field of “gaze interaction.” Tobii has teamed up with Lenovo to produce a prototype eye-control laptop, which was on display at CES 2012. This device requires a training period of a minute or so to learn your eye-movement patterns and gaze point using a high-speed image sensor under the screen, and then you can control some features on the laptop simply by looking at the menus on the screen.  Tobii also brought an eye-control video game called “Eye Asteroids” for visitors to enjoy at their CES 2012 booth. According to the Tobii reps, you could have an Eye Asteroids game in your own living room for a cool $15,000. Tobii is also involved in the development of gaze-interaction systems for automotive use.

There are other players in the eye-control technology and gaze interaction field including LC Technologies, UTechZone, Natural Point, and others. However, these companies almost exclusively produce adaptive-assistive technology products for the handicapped, and have yet to develop products with sufficiently precise eye tracking for mass market consumer devices.