Does Reshoring Mean Trouble Ahead for Nearshore IT?

A few US companies have made headlines recently by announcing that they're bringing production back to the homeland. Reshoring, as it's being called, certainly is good news for North American workers and their communities during this time of high unemployment, not to mention a bit of good p.r. for the reshoring company. 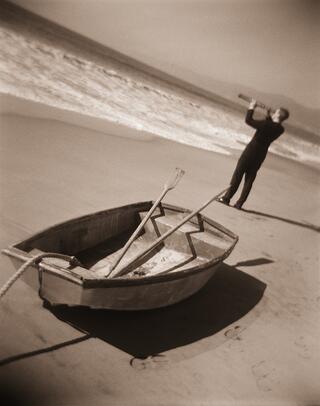 Most of the reshoring involves manufacturing. But will we start seeing a similar thing with IT services work returning to the US?

One of the things driving reshoring is what drove offshoring in the first place: cost. Shipping work far away is not the bottom-line no-brainer it used to be. As a Forbes columnist commented recently:

A growing movement is questioning the knee-jerk assumption that sending manufacturing and service jobs overseas is the only way to stay competitive. One reason is that the costs of offshoring are rising: fuel prices are up (making shipping more expensive) and workers in developing countries are demanding steadily higher wages.

Wages in China are rising as much as 15% to 20% per year, according to most accounts; whereas wages in the US, for those lucky enough to get a raise, have gone up only about 2%. But there's another cost factor: the supply chain. As the Forbes piece noted, shipping has gotten more expensive, and the further you have to ship goods, the bigger hit to profits.

While bestselling authors have been telling us from their ivory towers that the earth is flat and distance is meaningless, Nearshore champions have long pointed out the advantages of working near your client. That notion seems to be catching on with manufacturers too.

In a survey conducted by MFG.com, 21% of North American manufacturing companies said they had brought production back to, or closer to, North America during the second quarter of 2011. That "closer to" is key. "Closer to," of course, means what we call the Nearshore.

Harry Moser, a vocal proponent of US manufacturing and head of the Reshoring Initiative, pointed out in a recent interview with The Offshoring Group that sourcing from Mexico and Costa Rica, for example, makes much more business sense than sending work to China. Plus, it benefits the US economy as well.

. . . The reason why companies might bring manufacturing production back from Asia to a nearshore location would be to get almost all of the labor cost advantage that they find in Asia, and incur a small fraction of the logistical costs. Uncertainties, like IP risk are diminished, as well.

Mexico and Costa Rica, relative to other low-cost countries, look attractive. When Mexicans produce something in Mexico, they buy machinery, supplies and components to do so from the U.S.

But what about IT services? Will US companies start pulling those back to the States? GE, known as one of the biggest advocates of offshoring, announced a few months ago that it will add 15,000 domestic IT jobs in the next few years. More than a thousand will be in a new IT center outside Detroit.

The Motor City has attracted other firms that have been outsourcing tech to India and other remote locations. Software developer GalaxE Solutions plans to have about 500 people working in its Detroit offices within the next few years. Systems in Motion, a tech services company, has set up shop in Ann Arbor, Michigan, where it taps into the "large pool of talent" produced by state universities. And Genesis10, a business consulting and tech staffing outfit, recently hired about 150 IT people in Troy, Michigan.

Bringing IT jobs back home must make business sense or these companies wouldn't be doing it. But does it mean Nearshore IT is going away?

Nope. First, note that GalaxE and the others are repatriating work that had gone to India and other remote points. As Mr. Moser, the reshoring evangelist points out, working with partners in nearby Mexico and Costa Rica, for example, has its advantages.

No worries, Nearshore, as long as your IT companies continue to provide reliable services at the right price (and right price doesn't necessarily mean cheapest price). If quality of work suffers for some unforeseeable reason, costs soar, or attrition reaches Philippines-like levels and makes it impossible to maintain solid sourcing relationships, then you can bet US clients will re-think their outsourcing plans.