As US consumer confidence continues declining in the face of economic and sociopolitical uncertainty, the value of ITO as a way to internally adjust to uncontrollable external factors grows. A recent second quarter report from The Nielsen Company, “Consumer Confidence, Concerns and 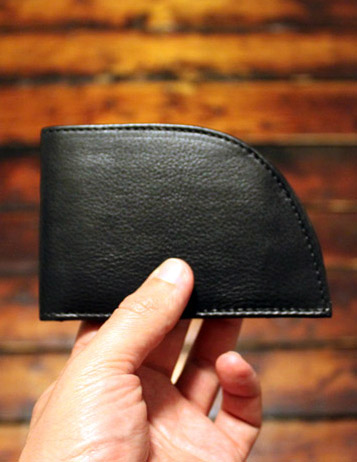 Spending Intentions around the World,” demonstrates the falling confidence and changing spending habits of US consumers that make ITO an attractive option for maintaining profitability even as revenues decline.

During Q2 2012, Nielsen’s US Consumer Confidence Index declined five points to 87 after a nine-point increase the previous quarter. Nearly six in 10 Americans (59%) were pessimistic about job prospects over the next 12 months, 63% indicated spending will be restrained and 30% reported they have no spare cash, a rise of seven percentage points from Q1. Almost eight in 10 Americans (78%) believe the country is still in a recession. Accompanying the restraint in spending is a renewed focus by US consumers on saving money and paying down debt.

ITO To The Rescue
In this harsh consumer climate, any company which provides a product or service (and that pretty much encompasses all companies) is likely to feel at least some economic impact. Even providers of B2B products and services will still feel the effects of declining consumer confidence, as somewhere down the line their clients or clients’ clients inevitably provide something bought by consumers who will probably buy less for the foreseeable future.

Cutting prices is one option, but there is no guarantee that business will pick up enough to offset the resulting loss of topline revenue. In addition, once customers (whether of the B2C or B2B variety) get used to paying lower prices, they will not necessarily accept a price increase once the economy rebounds.

Another option is wholesale layoffs. This definitely reduces internal costs, but also negatively impacts employee morale and can reduce operational efficiency. Widepsread layoffs have become the de facto response of American business at the first sign of economic trouble, but a look at the track records of companies that engage in this type of cost-cutting strategy shows mixed results at best.

This is where ITO comes in. Carefully evaluating your company’s internal IT environment and capabilities and determining which portions could be performed less expensively in an offshore location allows you to cut internal costs while maintaining existing price levels. In addition, by ensuring that only non-“mission critical” IT functions are outsourced, companies can minimize any negative impact on operational efficiency and effectiveness.

Furthermore, while layoffs often result from outsourcing initiatives, they tend to be carefully targeted and sometimes employees even have the opportunity to maintain their jobs with the new IT services provider, or at least have a transitional phase. Thus the impact on morale is much smaller than that of across-the-board layoffs which cause a substantial portion of a company’s staff to lose their jobs in one fell swoop.

Companies investigating ITO as a means of maintaining profitability even as consumers tighten their purse strings should also keep an open mind when it comes to selecting a sourcing destination. While “farshore” locales such as India and China are traditionally the most popular choices for ITO service delivery, “nearshore” locales in Latin America and the Caribbean are quickly becoming strong competition for US business.

Nearshore providers are especially making a name for themselves in areas such as software development and website design/hosting, and advantages such as minimal time zone and cultural differences further enhance the value nearshore ITO providers can deliver. ITO is not a magic bullet for the problem of sagging consumer confidence, but it can give companies something to lean on when their customers pull away.