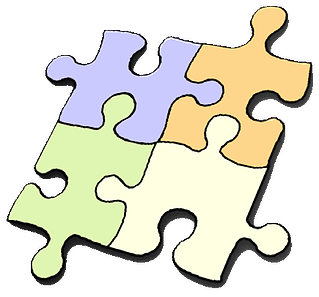 During the past two years, the percentage of ISG-advised ITO contracts including cloud in their scope has tripled, from 9% in 2010 to 27% as of October 2012. The number of ITO contracts including cloud has also almost tripled, from 110 in 2010 to an estimated 300 so far this year.
As would be expected in this cloud-friendly outsourcing climate, ITO providers are trying to appease the demand for cloud among their clients.

ISG data shows that in Q3 2012, half of providers have cloud scope in 25% of their pipeline opportunities and providers expect cloud opportunities to grow faster than traditional ITO opportunities, especially among US-based buyers.

The Ins and Outs of Cloud Deployment
Looking at various cloud deployment strategies and models available for ITO rollouts, ISG advises that a public cloud with shared infrastructure is generally a better option than a private cloud with a dedicated infrastructure. Public cloud infrastructures provide economies of scale and offer a standard, modern means of hosting cloud-based systems. In comparison, ISG cautions that private infrastructures (based on converged/utility/dynamic computing) do not fully realize the promise of the cloud. Both models do raise security and data privacy concerns that providers must address.

Public cloud infrastructures are based on three primary models: Infrastructure as a Service (IaaS), Software as a Service (SaaS) and Business Process as a Service (BPaaS). ISG advises that while pure-play IaaS and SaaS providers do not have to worry about legacy constraints, they do face security and privacy concerns.

Meanwhile, traditional multinational ITO providers who launch cloud-based services stand to expand their existing ITO business, but must integrate acquisitions. And traditional software companies that decide to directly host their solutions via cloud can take advantage of existing relationships with client IT and procurement organizations, but risk cannibalizing revenue streams rather than creating entirely new complementary cloud revenue streams.

Mid-market hosting providers can offer innovative shared hosting platforms but may find themselves supporting large, complex clients. And last but not least, Indian ITO providers who helped start the global ITO industry can transform and modernize their offerings via the cloud, but must rely on infrastructure partners to do so.

1.    IaaS will lag in favor of dedicated, standardized and virtualized infrastructure services.
2.    Cloud growth will be choppy at the enterprise level with SaaS leading the way in HR, CRM and collaboration.
3.    Traditional IT providers face significant pressure from well-known software vendors, nimble mid-market players and emerging pure-play infrastructure and SaaS providers.
4.    Buyer type shifting from the IT department to the functional business units, especially SaaS-based HR and CRM.