Closer Ties with India: Bad News for Mexico's IT Providers? 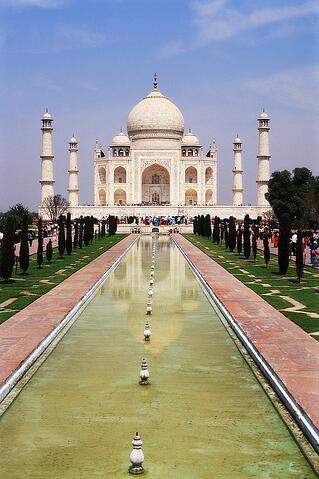 "Aap ka swagat hai." That's Hindi for "You are welcome," and that's what it said on the big billboard greeting India's prime minister, Manmohan Singh, when he arrived in San Cabo, Mexico, for the G20 Summit last week. The friendly message was posted by Mexico's government, which seemed to be reaching out to Mr Singh in particular during the meeting of international heads of state.

Mexico's president Felipe Calderon met with Singh before the summit began, which observers say means Mexico wants to build closer ties with India. The president and the prime minister discussed "the promotion of reciprocal investments and the need to deepen scientific and technical cooperation," according to a statement from the Mexican federal government.

India is already Mexico's 16th largest trading partner, and last year bilateral trade between the two countries reached $4.1 billion. The most important thing about that figure is it represents an increase in trade of 40 percent. That's one reason Mr Singh, who represents a country with an IT invasion force that has swarmed the proverbial beaches of Mexico and elsewhere, was welcome.

But what would closer ties mean for the IT and BPO industries in Mexico, if anything? The Mexico government has provided plenty of incentives to attract the big Indian IT outsourcing providers. TCS, Wipro, and all the other Indian giants have moved into Mexico during the past decade, and they see it as the perfect springboard into the rest of the alluring Latin American market. As the Latin American manager for one Indian IT conglomerate told me, "If you want to succeed in Latin America, you have to be able to first succeed in Mexico."

Indian companies are also finding Mexico to be a good match for certain types of IT skills, like software testing and mobile apps, the Indian exec said. Wages for tech professionals have stayed relatively the same in Mexico, he added, whereas they're going up at considerably higher rates in India and China, two of everyone's biggest competitors for outsourcing dollars.

If India IT does indeed do more business in Mexico, what will it mean for local IT and BPO providers? Will smaller local companies find themselves at a disadvantage against Indian firms? Will they be bidding against powerhouses that can take a loss on a contract because of their mighty global resources?

Well, one thing they will certainly confront is competition for tech professionals. Scalability is always one of the questions you hear about Mexico (and most other Nearshore nations) when it comes to certain types of IT projects. As one country manager told Nearshore Americas, it can be hard to find people with high-level skills in business intelligence, analytics, and SAP. His company solved that by importing team members from the offices in India and by starting up training programs for its Mexico staff.

Whether Indian IT companies find further advantage or opportunity in Mexico as a result of Singh's discussions with the Mexican hierarchy is too soon to say. But the prime minister did score some  philosophical points when the G20 group officially endorsed his "vision of development." Singh has been calling for more spending on infrastructure – as opposed to curling up into a ball of austerity – as a way to help boost the global economy. The G20's San Cabo Declaration thus declared:

More of that kind of investment in infrastructure would obviously be good for IT providers. And it is critical for the continued growth of Nearshore IT services. It's the only way the pie is going to get bigger. Whether Indian providers get a bigger piece of that pie won't matter if the pie is big enough.