CIOs Think They Are Valuable, But How are They Showing It?

Chief Information Officers may think they’re important, but according to many of their bosses (CEOs), their level of importance has changed little in years. The consulting company Ernst & Yong (E&Y) recently published a study “The DNA of the CIO”, based on views from over 300 senior executives from across the world and the results are quite illuminating.

One of them is quite simple: CIOs tend to think they are more important for their own companies than their “C-level” peers (like CFOs, COOs, and CSOs) believe. According to the study, 60% of the CIOs believe they make significant contributions when it comes to defining strategies for their companies, while only 35% of their C-level peers agree with that.

Maureen Osborne, global CIO of Ernst & Young, says that “the clear message from many CIOs is that the status quo will need to change.” In order to stay relevant in a rapidly evolving technological landscape, she adds, CIOs need to break out of their comfort zones within the data center. “Those who don’t will run the risk of being further relegated down the corporate hierarchy, or sidelined altogether.”

Around 38% of IT executives consider the lack of support from other executives a major obstacle. Many times the focus is on the cost to operate the IT department instead of the aggregate value IT generates for the rest of the company. 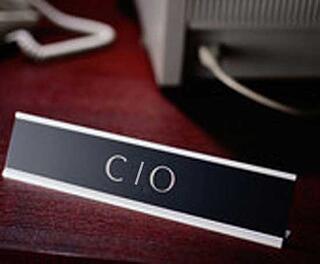 and adapt themselves to become more relevant within their companies. According to an interview with CIO Magazine, most of these executives are more worried about keeping the business flowing as they know it instead of considering new strategic alternatives for the business.

She argues that CIOs have a clear mission ahead: to convince CEOs they are business professionals just like any of their C-level peers. “Mostly, CIOs talk more about technology than about business. Only 17% of them have answered that they have an executive role and participate actively in business discussions within their companies. On the other hand, 48% of other C-level executives see themselves as professionals that are ready to discuss business with CEOs,” says Mrs. Walker.

Still according to the E&Y survey, only about 15% of the CEOs consider their IT teams (including their CIO) ready for the future. Still yet, ironically, 52% of the CIOs that answered the same survey believe they have an important role on the tendency for the future of the business.

Despite the findings, it is not unusual to find CIOs who are managing to become both technical leaders as well as strategic corporate visionaries. One such executive is Ney Santos, CIO at Grupo Pão de Açúcar, one of the biggest retail chains in Brazil, headquartered in Sao Paulo.

After being elected CIO of the year by Information Week Brasil, he said that he spends a great deal of time defining what data and information has true business impact to the organization.

"The biggest challenge to a retail company is to truly know its costumer. For us, it is important to choose the right information that gives a broad idea about the consumption habits and desires of our clients. We work hard at that,” he said.