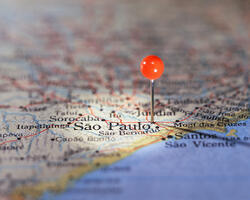 When arriving in São Paulo - the biggest city in Brazil and the economic heart of the country - your smartphone will probably recognize countless Wi-Fi signals. But you'll find most of them are locked and closed - and the ones open might not be very safe to connect to. Many times, when you pay to get a password and connect to one, the quality might not be as good as initially thought.  In other words, Sao Paulo is far from being a WiFi paradise.

But a major transformation may soon arrive in this vast city: government leaders are moving forward with a plan to provide free Wi-Fi all over the city. That is an important step for the local IT industry, considering it will be a looked at as a ‘test’ for other cities in the country that will be hosting either the World Cup or the Olympics.

The City Government and Federal Government, represented by the mayor Fernando Haddad (who took office in January) along with the Communications Minister, Paulo Bernardo, have started conversations with telecom players and broadband service providers to implement IT infrastructure and networks to improve wireless services in the city as a whole, according to Agência Brasil, the local public news agency.

The idea is to create partnerships with private companies that are already building wireless infrastructure in different parts of the city, and group them. The City Hall will establish rules on how the networks should be conceived and how the companies will implement it. It is important to mention São Paulo's geographic proportions are quite challenging: 11 million inhabitants in the city and 8 million more in the larger metropolitan area.

"We believe it can be done in a partnership model. Instead of the City Hall being responsible for 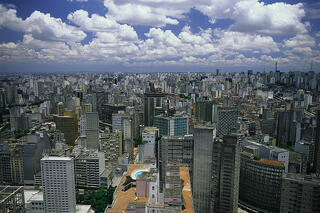 the implementation the Wi-Fi network, we will lead the construction of the infrastructure necessary and will reserve parts of the networks for the implementation of public policies," said Mr. Haddad in a recent interview.

The idea is may sound like a good one, but it is may be overly ambitious. It is good to see local authorities interested in improving the quality of the local Wi-Fi – especially given the fact that millions of new visitors from abroad will visit Brazil for the first time in the next few years – and technology savvy will be a yardstick visitors will use to determine the level of Brazil’s sophistication. However, the sheer size of the project as well as a relatively short time frame (the first World Cup matches start less than 15 months from now) needs to be factored into the equation.

In 2010 there were 20 million mobile devices connected to Wi-Fi in the country, according to official data. Today, official numbers estimate there are 67 million, and the forecasts for 2014 expect around 130 million. Before the World Cup, all of the 12 host cities, spread throughout the Brazilian territory, will have to install about 9.000 new antennas to provide 4G services. Even the Communications Minister, Paulo Bernardo, acknowledged the current IT infrastructure is overwhelmed. "We need to provide quality of services," Mr. Bernardo declared.

The WiFi project could be one huge public relations score – or a defeat that Brazil’s leaders may not easily forget.