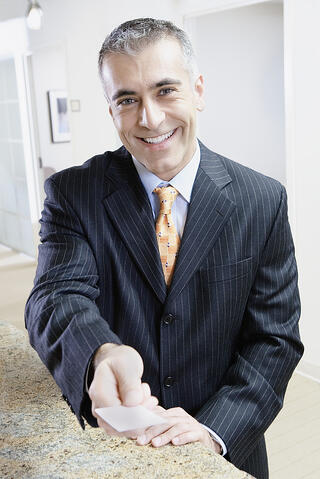 There are many ways to track business optimism, but perhaps the best is to talk with business people themselves. And though some research houses value the point of view of C-level executives of large enterprises, the word on the ground from small and medium-sized enterprises (SMEs) may be the most accurate source of all.

This is exactly what the sixth UPS Business Monitor Latin America (BMLA) study has done, and it has found that SMEs in Latin America are increasingly optimistic. In 2011 62 percent of Latin American SMEs expected strong growth in the next 12 months, but last year 70% anticipated strong growth.  That’s a very high number, and a 13 percent jump from the previous year.

The study, conducted by TNS Gallup between April and May 2013, collected results from decision-makers in more than 800 SMEs in seven countries in Latin America: Argentina, Brazil, Chile, Colombia, Costa Rica, Dominican Republic and Mexico. For the purposes of the study, an SME was defined as having 250 employees or less.  Among country respondents, executives in Chile and Mexico were the most positive, with 64% and 63%, respectively, saying that business was better now than a year ago.

One interesting finding was that SMEs in Latin America are more confident with regard to opportunities in their own markets. But challenges remain. For example, rising labor costs are a concern in Argentina, and SMEs in Brazil are facing shortages of qualified labor.

From an industrial perspective, it was construction and technology that showed the greatest promise. The emphasis on technology as an industry makes sense, though it is odd that business services was in fifth spot, with tourism showing greater opportunity. This might only be a matter of taxonomy, but it suggests that services are not matching growth in other areas – unusual, given the overall findings, and Latin America’s emergent middle class.

In one area the business constraints in Latin America will be familiar to all: a full 46 percent of respondents said that fiscal constraints were their main challenge. However, in other areas the results showed how SMEs in Latin America face challenges that companies in Canada, the United States, and most European countries do not.  For example, 41 percent named inflation as a barrier to business expansion. And even bigger problems were access to suppliers and customs duties, with 46 percent saying these were major challenges.

This suggests that the region, despite significant efforts via trading blocks such as MERCOSUR and the Pacific Alliance, is still constrained when it comes to the movement of goods. In this regard Mexico, as a NAFTA member, would seem to have a distinct advantage in terms of its access to US and Canadian markets.

And though the BMLA bills itself as providing an “outlook of the current opinions, attitudes and trends among the business leaders of small and medium size enterprises (SMEs) in the region,” it is notable for the under presentation of the many other countries in Latin America.  There are, after all, 20 countries in the region, and it would be interesting to see responses from places like Venezuela, as well as other countries in Central America.

Nonetheless, the findings are relevant, and are good news for the region. As well, the study itself is an indication how a global logistics company like UPS is better able to serve its customers with access to data on trends and emerging issues.