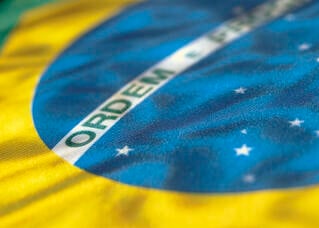 A recent study by IT research firm Frost & Sullivan has found that the overall growth in contact center outsourcing services has been held up by Brazil’s uncertain economic outlook. At the same time, Frost & Sullivan sees new opportunities in premium and online solutions, and says that domestic demand is a bright spot for Brazil.

This is in part because Brazil’s economy is still growing, and because the Brazilian government is reviewing legislation that could open up more services for outsourcing business activities.

Specifically, in the report titled Brazil's Contact Center Outsourcing Services Market 2013, Frost & Sullivan Information and Communication Technologies Industry Analyst Daniela Pineiro noted that the financial burden on the contact center industry has been reduced due to tax incentives. These incentives have encouraged expansion, with last year’s payroll tax exemption for contact centers dropping employers’ tax contribution on the payroll to 2% of annual revenue from 20%.

But many challenges remain for Brazil. Frost & Sullivan says that a shortage of skilled labor is resulting in negative effects on service quality, which in turn has hit margins. This is a significant structural problem facing the Brazilian market, with an underperforming public education system increasing the demands on employers to ramp up training programs. This can raise operational costs, as does a high turnover rate – suggesting that Brazilian companies could do a better job of enhancing employee loyalty.

The positive news is that non-Brazilian contact center outsourcing companies are still opening operations in Brazil, in large part due to a stable macro-economic environment and the promise of significant investments in infrastructure in the lead-up to the World Cup in 2014 and the summer Olympics in 2016.

In fact, for 2012 Brazil’s contact center outsourcing services market hit $5.39 billion, and is expected to grow at a compound annual growth rate (CAGR) of 8.3% to hit $9.42 billion in 2019. Individual workstations are likely to reach 292,454 by 2019 at a CAGR of 6.4%. Not surprisingly, when looking at verticals, it is telecom that takes – and will continue to generate – the lion’s share of revenue.

In that context, service providers are offering more analytics, industry-specific expertise, and customized “end-to-end” solutions. In the Brazilian context, this means higher value operations that can serve the domestic market and beyond. Everest Group has found that Spanish leads in adoption among European languages at 37% of demand, with Portuguese at 12% – statistics that speak to some unique opportunities that Brazil could capitalize on.

As the Brazilian outsourcing market shifts beyond a commodity approach to support more diversified platforms and portfolios, Frost & Sullivan sees opportunity for clients to seek out service providers that can help merge functionality in communications, marketing, and IT and financial services.

For its part, Everest Group tagged Brazil as a key nearshore location in its report, and says that the increase in value-added services is a direct result of a more secure global economy. Now, buyers and service providers are moving beyond costs and workstation counts, and are looking for ways to leverage social media and advanced analytics.

But Brazil had some serious structural challenges, and needs to move fast if it wants to catch countries like Mexico which are embracing economic and policy reforms. For 2013 the World Bank ranked Brazil at 130th in terms ease of doing business, a drop of 2 points from 128th in 2012. The good news is that with a dynamic population of almost 200 million people, and the global spotlight coming with the World Cup and the Olympics, Brazil has a real chance to leverage both domestic and international opportunities.