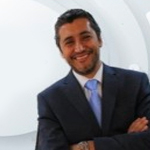 One of the main applications of blockchain that has gained momentum in recent years, is tokenization, a concept that we can understand in very simple terms as a digital representation of the ownership of an asset (in correspondence with the real asset), through the issuance of tokens in a Block Chain network to identify the asset, which consequently will associate the ownership of the asset to the owner of the token.

A token is a representation on the blockchain. It generally represents value such as money, cryptocurrencies, time, services, shares in a company, a mascot, a piece of art, accessories and weapons in a video game—just about, anything.

Tokens together with smart contracts enable their interaction and are often created as one and the same element.

A program known as a smart contract (SC) is implemented and executed on a blockchain network and once they are registered in it, they become unchangeable.

With regards to the Ethereum blockchain network, the smart contracts reside in its EVM (Ethereum Virtual Machine), where it is executed in all the nodes that make up the network with the ability to independently perform after paying the network to do the necessary computational work

A popular example is ERC20 tokens, which use an Ethereum blockchain as a standard that solves the problem of integration between smart contracts, with platforms that exchange tokens using cryptographic wallets that store them.

The source code of a token based on the ERC20 standard programmed in solidity defines a set of functions that all tokens must contain (including rules for interaction, buying and selling between different tokens).

There are different types of tokens, such as:

- Security Token: Used to represent any type of exchangeable financial security assets such as bonds, swaps or futures.

- Utility Token: Represents assets that, in addition to their speculative appeal, are used to obtain some benefit through a good or service within a platform that operates in blockchain, for example, initial coin offerings (ICO).

- Equity Token: Works as a digital representation of a traditional equity asset, which can represent the ownership of some asset or third-party company.

- Non-Fungible Tokens (NFTs): Currently the best known and most popular use case, NFTs are parts of a digital asset stored in a blockchain network, which are unique and non- interchangeable, representing a permanent and genuine record of ownership.

NFTs have been used to represent everything from copyrights to digital collectibles. Currently there are Decentralized Exchange (DEX) platforms, where they can be exchanged without the need of a central intermediary.

Any industry that works with securities or goods could implement a tokenization process and, although it is understood as the natural pioneer in these aspects to the financial system, in the future we will see implementations in virtually every sector.

- Tokenization of the financial industry is in its early stages and must be accompanied by new local and international regulations on the exchange of digital asset ownership rights.

- Those financial services based on intermediation will increasingly use this technology because of the security it offers, which will imply moving to an open banking model integrated with open ecosystems.

- The real estate industry is being a fast adopter of this technology, using it to represent the right of ownership of a property or simply the right to profit from the usufruct of the property. There are several platforms that already offer this type of investment service (Loping Real Estate Tokenization, Brickken).

- Within the manufacturing and consumer goods industries, while still early to give it a purpose that convinces everyone, tokenizing the production of goods is possible through the transfer between token users.

- Tokenizing the usufruct rights over an intangible good or service is another example of disruptive companies that are applying this technology. An example is the tokenization of the right of soccer training of sports clubs (https://www.liqi.com.br/cruzeiro-token).

- Another very popular use case was that of ICOs (Initial Coin Offering), where through a crowdfunding model, participation in a startup is offered through the delivery of a token, which represents rights very similar to those of traditional shares.

What do we expect in the future?

A token will be the basis of every digital transaction, from the simplest to the most complex, in which a specific digital unit with a value is needed to perform a transaction.

Once regulations advance on digital property, all types of assets will be able to be tokenized, from money, stocks and intellectual property rights to art and contracts, which will be securely stored in a blockchain network through its digital representation and ownership, without the need for peer-to-peer trust or centralized intermediary entities.

This digital representation will be registered in an immutable, secure, and decentralized manner--making up the well-known Blockchain Trilemma.

Undoubtedly, there is still much to advance in the legal aspect. Today, when we talk about "tokenization" of assets, we are referring to a complex legal environment, where a "Token" as the digital representation of a right requires a total legal equivalence between it and the represented right.

It has not yet been figured out how the asset and its digital representation go hand in hand with the legal life of the rights that the "Token" will represent. Certain tokenizations have used a fiduciary contract in which the owner, the blockchain network where it will be tokenized, and the number of tokens to be used, have been specified.

In the end, the evolution of tokenization is undeniable. It will be a key element in the digital economy, redefining some aspects of innovation and entrepreneurship, based on a more decentralized economic model, less bureaucratic and with greater user participation.

In the future full of possibilities, where would you take tokenization?