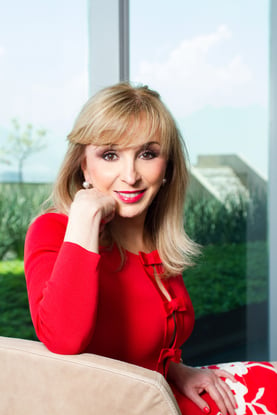 Business in Latin America.” The discussion will highlight how global businesses deliver results that enhance the local economy and society.

“Over the last 30 years we’ve accompanied many organizations with their expanding operations into and from Latin America,” said Treviño. “We’ve seen Latam evolve and produce enormous returns for companies coming from North America, Europe and Asia. At the same time, big and successful global corporations are emerging from the region.”

In 2012, Treviño served as a member of the World Economic Forum’s B20 Task Force on ICT and Innovation. She has been recognized by Forbes’ “50 Most Powerful Women in Mexico”; was the first woman inducted into the IAOP Outsourcing Hall of Fame; named global leader and entrepreneur by Endeavor; Top 25 Businesswomen by The Latin Business Chronicle; Rising Star on Fortune’s list of the 50 Most Powerful Women; and received Steve® Award for Women in Business. She is an active board member for Walmart Mexico, Goldcorp, ITESM and the U.S.-Mexico Foundation.

On May 16, 2015, Blanca will lead a keynote presentation on "Opportunities amidst disadvantage" at TIEcon 2015, the world's largest entrepreneurship conference, in Santa Clara, California.