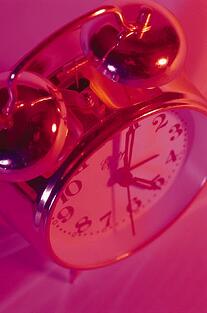 Is workers' health the price that must be paid to be a leading outsourcing destination? This critical issue was brought up this week in the Philippines, which according to some sources now nearly rivals India as the world's BPO capital.

Speaking at an event intended to promote healthy living among employees, the executive director of the Contact Center Association of the Philippines, Jojo Uligan, said that too many of the industry's workers avoid exercise and a good diet. Chain smoking and heavy drinking were cited as "major vices" among the 600,000 people employed in the business.

From a news item in the local Inquirer:

Uligan said that while smoking, drinking and excessive eating was in no way unique to the BPO sector, the health of its employees has a more significant effect on the way outsourcing companies make money. More than in any other industry, BPO companies have to adhere to strict performance and productivity metrics that, if not met, could mean the loss of valuable accounts to competitors.

“If people are not fit, productivity goes down and companies are penalized by their clients. What happens is that [BPO] companies don’t get enough revenues,” Uligan said. The lack of exercise and unhealthy diets, made worse by unusual hours and other work-related hazards, may undermine efforts to improve the country’s competitiveness as an outsourcing destination, he added.

Uligan said the BPO industry has made special efforts to keep workers healthy, and the government has guidelines specifically for the sector.

But it's pretty clear workers are not happy. Attrition in Philippines outsourcing centers is sky high, from 60% to 80%.

That would definitely be a problem, and one that clients should know about. But massive burnout doesn't seem to be deterring companies from sourcing the Philippines: 2011 was "a banner year" for call centers there, according to BPO Outcomes.

Steely-eyed analysts sitting in posh offices would say attrition and worker discontent are merely the problems of rapid growth. Maybe so. But sad stories out of China about suicides and dust explosions at the Foxconn factory make it clear that something very serious is wrong. (Apple says it is reducing factory work hours and addressing other concerns.) And India's BPO industry has been tainted by horrific crimes to the extent that families are worried about their daughters and wives employed by outsourcing centers, especially when on the night shift.

The nearshore outsourcing industry has thus far avoided the kinds of corrosive burnout and far worse problems – some of them tragic, really – that are afflicting the biggest ITO and BPO destinations like the Philippines, India, and China. Perhaps they're fooling me, but I've been impressed by the concern that nearshore execs appear to pay to the wellness of their workers. Oh, no doubt there are unhappy employees, but unhappy is a far cry from suicidal.

Humane treatment of workers has got to remain a defining mandate of outsourcing providers in Latin America. Maybe that means Mexico and Brazil and Costa Rica and so on lose business to the Philippines and India and China. So be it. Just as over-stressed and sleepless BPO employees are being headlined as "a wake-up call" for call centers in Manila and Cebu, they can also serve as a reminder to outsourcing companies in the Americas to keep an eye on the health and happiness of their valuable workers.