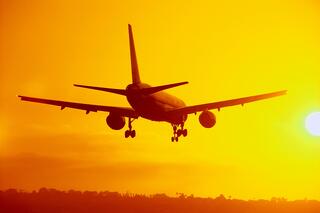 My intrepid daughter just returned from a few weeks traveling in the Nearshore region, or what she would call Ecuador and Panama. Except for what seemed like perpetual rain, she loved Ecuador and said Quito was one of the most charming cities she's ever seen. She liked Panama too, but it was there that she had one of those experiences that some of us gringoes too quickly associate with places south of the border.

What happened was members of an indigenous Indian tribe staged protests against government policies relating to a change in mining laws. As part of this civic action, they blocked the Pan-American Highway as well as some smaller roads. My daughter and her companion were visiting friends way out in the boondocks, and the roads they needed to take to get to the airport in Panama City were shut down. They started looking into alternate routes, because they were both due back at work in a couple days, but then the government shut down the airport.

Eventually they found an open road they could take, a few miles at a time, to a tiny local airport and bought tickets from there to Panama City. But they couldn't fly to Panama City until the airport there was open. Was that airport going to open? No one seemed to know. Nothing to do but enjoy the nice weather and wait. They found out they could fly to a smaller airport right outside Panama City, so they flew there in a little prop plane. As luck would have it, the road from there to the airport was closed, but then as better luck would have it, briefly open.

So they get to the airport, only to see a long, long line of cars. And every car, it seemed, was being turned back at the gate. She's still not sure why they were allowed to drive on in. (It's her genetically inherited charm, I'm certain.) The airline couldn't tell them when flights might resume, but at least they had made it to the airport. And eventually they were permitted to board the great steel bird home to Chicago.

I mention this not because it's a fascinating story but because it can serve as a reminder for everyone whose business as an outsourcing client takes them to places they've never visited before – in this case, two Latin American countries – or involves them in a relationship with a country they don't know much about.

Obviously everyone responsible for choosing an outsourcing location does extensive research. But does that research go deeper than issues of cost and competency and language capabilities? Do site selectors dig into societal conflicts like that between the Indians the government in Panama – the kinds of things you're not likely to hear on the American news or see tweeted? Do they rummage through news archives to find out what's really been going on in that country? Do they get the lowdown from locals?

I'd be curious if sourcing providers in Panama or their clients anticipated this shutdown of transportation or were as surprised as my daughter. Or maybe they just shrugged it off as part of life. I don't know. But I do know the lesson to take away is twofold: Do deep research, and always, always anticipate something going slightly awry.