A Mexico CEO Asks: Look Beyond the 'One-Dimensional' Picture 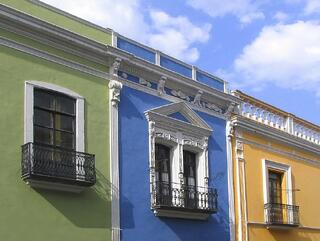 If you think about it, a sizable portion of our problems as human beings can be connected to just plain not knowing – or not knowing but thinking that we do, which is much worse. Aldous Huxley wrote about the knowns and the unknowns that frame the doors of perception. Sometimes the unknowns – ignorance, to put it blunt-like – can cast a very dark shadow across those doors.

I was thinking about this yesterday after reading a commentary by Blanca Treviño, president and CEO of Softtek (the ultimate host of this blog), on another website. In a piece entitled "A Fuller Picture: Mexico's Many Layers," Ms Treviño laments "the flood of one-dimensional news stories about Mexico" that obscures the country's accomplishments from the eyes of many in other parts of the world.

"While it is undeniably true that the 'war on drugs' poses one of Mexico's biggest challenges since the revolution of the 1900s," she writes, "this single brush stroke fails to paint an entire picture."

She fills in that complex picture a little bit, with details like Mexico's high life expectancy (beats any of the BRICs), youth illiteracy rate below 2%, and ranking as the happiest place in the entire northern hemisphere. (In that global happiness index, by the way, Mexico trounced USA by about 20 points. May we now perceive that Americans are a nation of Debbie Downers?) Ms Treviño attributes much of Mexico's happiness and productivity to great family life and powerful blood ties: "The strength we derive from our families is a resilient platform for our future."

But unless you've been there, or spent time with Mexicans, you might not have been exposed to that particular "brush stroke." There are a thousand other shadings and colorations that go into the total picture, but you're not likely to see them from within the confines of mainstream US media. You've got to go there, or at least do some research.

This particular report, for example, examines the perceptions of foreigners who spent time in Guadalajara, which, according to statistics, has seen a steady drop in crime in the past 15 years. It also draws upon data from the FBI, the UN, and the Economist Intelligence Unit. Conclusion? Guadalajara, "Mexico's Silicon Valley," is as safe or safer than similar-size cities in North America.

You should read that study. But I most heartily endorse the full-immersion method. I've known grown men who were afraid to go on a business trip to, say, Monterrey because of a news-driven impression of lurking danger and a Danny Trejo character around every dark corner. But after sucking it up and going south, they looked forward to going back.

They discovered first-hand that, as Ms Treviño says, "Like every country, Mexico's story cannot be defined by a single aspect or indicator, and much less by media perception."

Of course our perceptions will be mostly shaped by media until we experience a place for ourselves. Before my first visit, my sense of Mexico was vaguely shaped, in pixels of gray, by the bandits from Treasure of the Sierra Madre and debonair bad-guy fighter Zorro from the tv show. When I came out of the airport in Mexico City, it was like entering the city of a thousand sensations. As I was trying to take it all in, my hosts were lecturing me on the rules of the street. I was getting the full dose of what Ms Treviño refers to as the "texture and complexity" of the place.

A few readers of the post commented that the writer did not say enough about the problems facing Mexico; "a Mexican living in Mexico" said that there is a shortage of good schools and questioned the prospects for young people today. Those are serious issues and ones that should be addressed. I understand that "Mexico's Big Problems" wasn't the scope of this particular post. But I humbly would encourage Ms Treviño – as well as all of her executive colleagues in the Mexico IT/BPO community – to discuss these problems, whether in public forms or private rooms.

Maybe those discussions could lead to public/private initiatives to improve technology education and make it more accessible. Maybe Mexico's IT/BPO companies could collaborate to create fellowship programs and secondary-school curricula and R&D scholarships. This would help make sure IT providers have the skilled workers they need to compete domestically and globally. And it could propel Mexico to the top tier of worldwide software producers. If that happened, you can bet the world's perception of Mexico would grow shinier.

Misperception has caused many a bad business decision. CIOs who are searching for a software partner or BPO provider but who bypass Mexico because of what they've absorbed from the news could be as misguided as the gringoes in "Sierra Madre." Watch that movie if you want to see what bad things can happen when decisions are based on faulty assumptions.