According to urban legend, 2012 was supposed to have been a year of apocalyptic disaster due to the ancient Mayan calendar ending on Dec. 21 of last year. Of course Dec. 21 came and went with 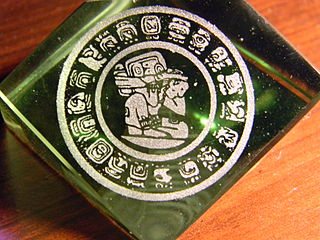 nothing more than bad weather in the Northeast and life continued as always.

But perhaps the ancient Mayans were really looking ahead to the performance of the global IT services market. According to new analysis from research firm Ovum, 2012 could be considered a year of disaster from the standpoint of IT services providers. Aided by especially poor fourth quarter performance, annual IT services contract activity during 2012 fell to its lowest level since 2002 in terms of total contract value (TCV) and deal volume.

Looking at Q4 2012 results, Ovum finds that the TCV of IT services deals totaled $20.8 billion USD, a 34% decline from Q4 2011 TCV. Deal volume was also down 17% year-over-year, with a lack of “megadeals” worth $1 billion or more. Deal volume dropped across almost all major verticals – 50% in services, 39% in healthcare and 18% in financial services – with the exceptions of telecommunications and technology.

2013 – A Year of Opportunity for IT Services Buyers
A bad year for IT services providers can be turned into a very good year for IT services buyers. Providers anxious to reverse an historically bad year of IT services business will no doubt be willing to “wheel and deal” with prospective buyers. Buyers may want to investigate the possibility of engaging leading-edge services, such as hosted services in the areas of mobile, Big Data, cloud and social media, that ordinarily might be too expensive or complex to consider.

In addition, IT services buyers should see if providers are willing to bundle multiple services together that are usually delivered and/or billed separately, as well as investigate possibilities of extra features in contracts, such as additional maintenance or more robust SLAs and benchmarks/milestones. And for a final piece of advice, considering that North American IT services providers actually enjoyed a strong year of performance, North American buyers may be better off investigating offshore IT services opportunities to obtain the best value for their investments.