11 trends for the video game industry's competitive landscape in 2022 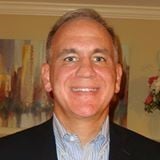 The video game industry’s 2022 revenue is forecast at more than $300 billion, with several technological, societal, and business factors making it one of the fastest-growing entertainment industries. Here are 11 trends that are changing how developers and publishers are working in the worldwide video game market.

Publishers have growing access to technologies that enable them to serve games to any device in any location. Cloud gaming with 5G networks enables subscription-based Games as a Service (GaaS) that can be accessed by mobile, console, and PC devices. These services are driving the race for content and offer businesses ways to improve their customers’ lifestyles.

Competition between public cloud companies continues to result in opportunities to test and offer games to players on a pay-as-you-go basis. Cloud tools like Kubernetes and Docker enable game companies to scale their infrastructure on demand and offer global game reach and security to the gaming community. During game testing, companies are making greater use of public cloud infrastructure to scale as the player base fluctuates. Cloud gaming services allow game companies to increase the availability of games anytime and anywhere with less memory and processing power needed on the user’s end. Microsoft (Game Pass) and Electronic Arts (EA Play) are among game companies currently offering this capability.

Game content is expensive, time-consuming, and risky for game companies to produce and monetize. Successful intellectual property takes years to develop and the ROI is never guaranteed. To tackle these challenges, many companies are interested in diversifying their content to support subscription-based gaming services, and M&A activity is increasing between game, social media, and hardware companies for the sake of remaining relevant. Recent acquisitions include:

Beyond that, some of the biggest brands in consumer technology are now offering headsets to enable an immersive experience, including Sony’s PS VR 2, Apple’s VR headset, Microsoft’s HoloLens, and Meta’s Cambria. These companies are leveraging their huge user bases to sustain their market dominance.

On the marketplace front, Google and Apple are moving toward more open ecosystems to some extent, due to fallout from last year’s Epic Games vs. Apple lawsuit regarding IOS App Store payments. The judge additionally directed stricter rules on anti-steering policies, but the enforcement is currently on hold due to appeals.

4. The rise of mobile gaming

Mobile games will continue to grow at a faster pace than PC and console games due to smartphone ubiquity, portability, improving game quality, and the introduction of game-optimized mobile devices by Apple, Samsung, Huawei, and Xiaomi. Today, 56% of worldwide game software revenue is from mobile games, with an expected 200% growth by 2030. Aware of the opportunities, companies in other video game spaces are porting their console and PC games to mobile, transforming to mobile-first, and acquiring mobile game companies.

Game studios will continue to make greater use of artificial intelligence (AI) to improve the player experience, shorten development time, and reduce costs. Game developers often implement AI techniques such as pathfinding and game AI/heuristic algorithms to guide the actions of NPCs to make them more “human-like.” AI is also used in mechanisms that are not immediately visible to the player, such as procedural-content generation, testing, data mining, and game instance capacity scaling.

With recent advancements in Web3 and blockchain technologies, players can now monetize their time with the acquisition and trade of non-fungible tokens (NFTs). NFTs are virtual and cryptographic elements that can be acquired and owned via the blockchain. Each token has a unique identification code with its own characteristics, making it distinguishable from other tokens. NFTs offer authenticated notoriety, genuine historical value, collectability, high quality, scarcity, and souvenir value to players.

Although NFT and crypto marketplaces are emerging as a way for players to monetize their user-generated content, its adoption by game companies has been slow. This is due primarily to the threat of financial disintermediation, loss of internet dominance, and IP ownership conflicts. In a recent survey, over 70% of game companies indicated that they have no plans to implement NFTs or cryptocurrencies for their players.

Early in the Web3 adoption process, Valve Software banned NFT and crypto-based games on Steam (impacting PC growth). The South Korean government banned the same on Google’s Android and Apple’s IOS platforms (impacting mobile growth). In addition, many players have been vocally against Ubisoft’s Ghost Recon and S.T.A.L.K.E.R. 2 announcements that the games are getting NFTs.

While adoption has been slow overall, Electronic Arts (EA) and Square Enix have made massive investments in blockchain technologies to secure payment infrastructure. Game companies continue to closely monitor player adoption of Web3 technologies and the risks and rewards of investing in emerging technology.

According to recent trends, 74% of games are single-player so companies are increasingly reliant on player personalization in their engagement efforts. Player personalization is defined as tailoring the communications and features inside and outside of the game to meet the individual needs of players.

The Covid-19 pandemic continues to affect how people socialize but budding technologies have driven convenience, productivity, and economic stability all the while. Adoption of many of these trends, such as remote work, online gameplay, and e-commerce have been accelerated by the pandemic, and along with it, new speculation and thought leadership about the metaverse by the likes of Mark Zuckerberg, Tim Sweeney, and Matthew Ball.

Many game-inspired metaverses benefit from network effects. Players already know what it’s like to create and personalize their characters, and game companies will only continue to add to the variety of metaverse activities and thus boost their early edge in the metaverse. In one scenario, characters can change their avatar’s clothes after playing games to watch movies, attend parties, or walk along a virtual beach. In-world personalized offerings can be made based on user behavior data.

Data has proven to be a potent driver of game company revenue and profitability, with the flip side causing malevolent customer manipulation, behavior modification, and cyber-crime. The internet has enabled revolutionary increases in the availability of private data used to target consumers. Emerging privacy regulations have been designed to “level the playing field” on how data must be used to ensure customer security and safety. Recent legislation now shields young children (COPPA), European citizens (GDPR), Chinese citizens (PIPL), and U.S. citizens (CCPA, CDPA, CPA, PCI, SSAE 18 and HIPPA) from harm caused by inappropriate PPI data usage. These standards specify guidelines for data usage, collection, transmission, and storage.

Last year, privacy changes by Apple’s ATT affected social media and game companies’ ability to monetize ad-based games. Mobile privacy changes will evolve this year and beyond and even strong presences like Apple and Google must adapt to the fast-changing landscape.

Gaming is becoming viewed as a means for making, building, and maintaining social relationships and was particularly useful during the Covid-19 pandemic. In fact, Discord (a chat application for gaming) was catapulted during the pandemic and reached 300 million open accounts. Recent findings from AlphaWise, the proprietary data arm of Morgan Stanley Research, include:

11. The uptick in transmedia opportunities

Crossovers between games and TV/movies have become increasingly trendy, including The Witcher, Arcane, The Last of Us, Borderlands, Fallout, Sonic the Hedgehog, and Angry Birds to name a few. Game-to-media convergence continues as Disney licenses its Star Wars IP to numerous game companies and Netflix recently announced the formation of a game studio.

The game industry will continue its meteoric rise in popularity and has grown to over 2.7 billion players with another 400 million new gamers expected within the next few years. Games will continue to become a significant contributor to the well-being of society, and the trends outlined in this blog have already begun amplifying the significance of the game industry in 2022 and beyond.